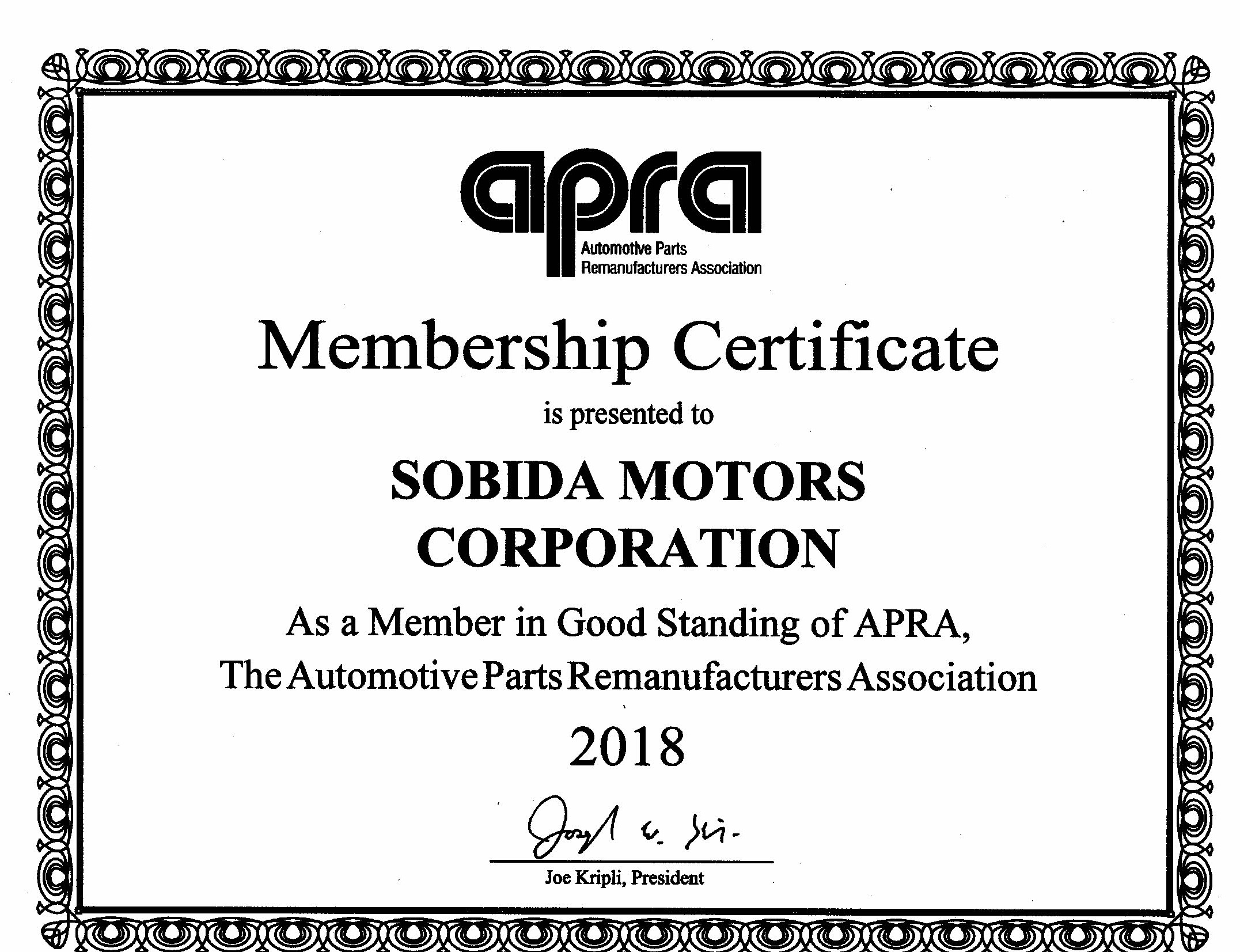 Sobida has made another milestone in the Local Commercial Truck Industry being granted membership in the internationally acclaimed Automotive Parts Remanufacturing Association (APRA). The association boasts of the largest group of international Remanufacturers, Core Suppliers, Manufacturer Suppliers and the like. It’s member base spans from US, EUROPE and the ASIA PACIFIC region. Sobida is proud to announce that it is the very first Philippine based company to be included in APRA.

APRA was founded October 24, 1941 by R. A. Van Alen and Harry Lester in Los Angeles with 50 members. Through it’s 75 years, APRA has expanded immensely in the remanufacturing industry. APRA is now joined by about 1000 member companies holds its Headquarter at Gainesville, Virginia USA.

Sobida’s inclusion in APRA promises to be a huge step forward as we enjoin other members in discovering new technologies aimed to find new sources of income, control costs, enhance efficiency,increase productivity and the improve the quality of products.